It was a lovely, sun shiny day for our road trip to Phillip Island. We were off to find the four big things that reside in this region just 90 minutes South East of Melbourne:

Along for the ride was our human cousin Lucie Lu. As it was the first proper Big Things trip we felt we might have needed the extra pair of hands…

Big Thing One – The Big Wave

Situated on the corner near the Big Wave Cafe, where we stopped for a cool drink and some time out of the car, the Big Wave has been delighting visitors to the area for over 20 years. The surfboard ‘hovering’ inside the barrel gives you the chance to feel like you’re “hanging ten”… of course we tried it! 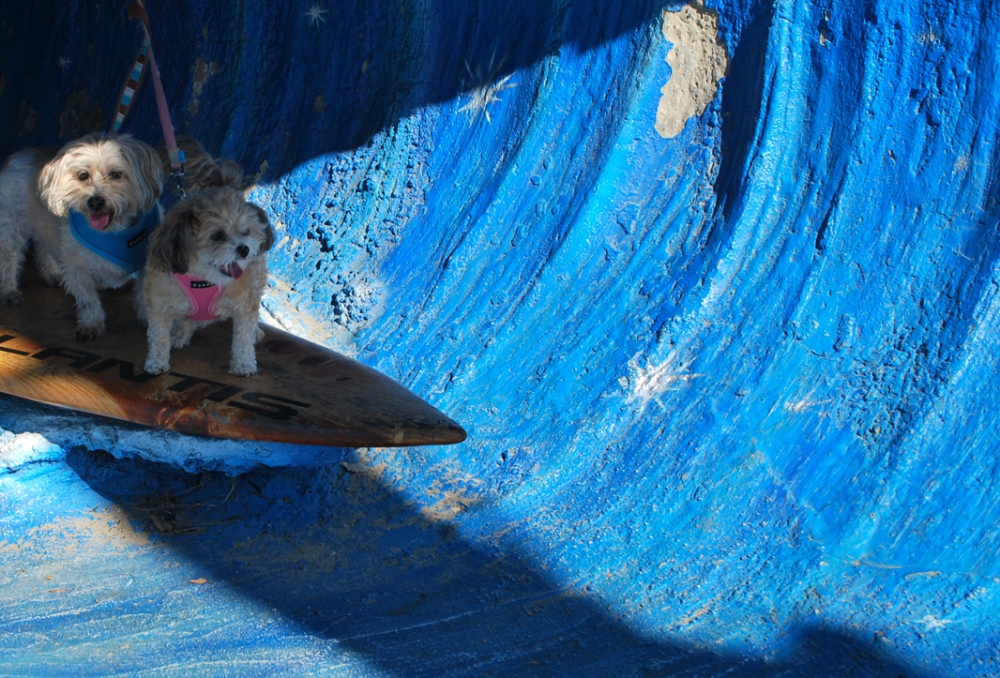 But we weren’t brave enough to try it on our own… Lucie Lu had to be in there with us… so we rode the wave together! 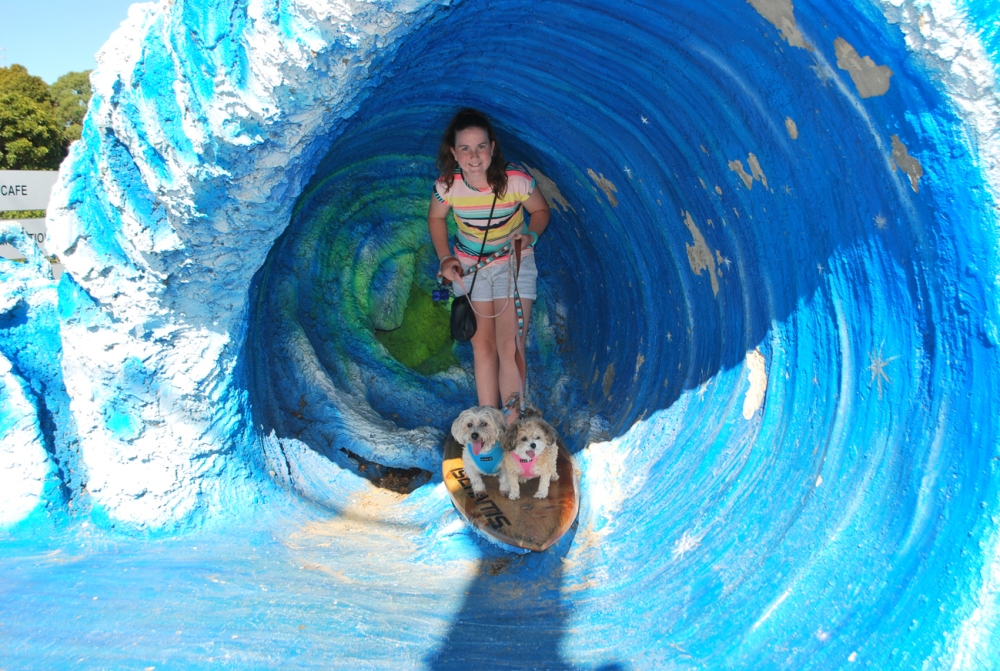 The Big Tap sits atop the roof of Amaze N Things and gives the appearance that it is floating via the power of the thousands of litres of water that flows out of the spout into what appears to be an overflowing, flooded house. We weren’t able to go inside the complex to see how close we could get, but at least got into a courtyard area for our photo. 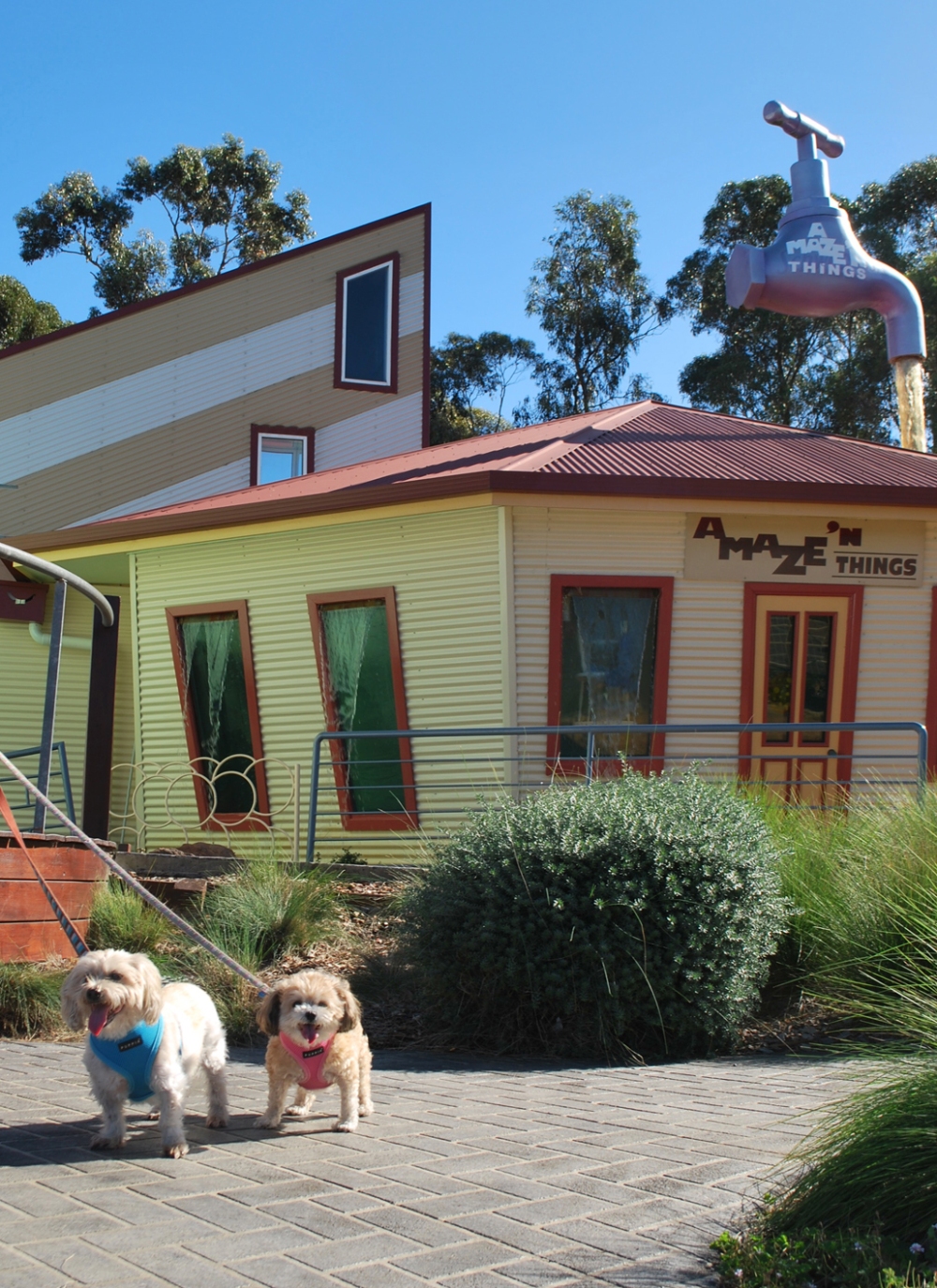 Almost right next door to Amaze N Things we pulled in to the car park of the Koala Park Resort (opposite the Koala Conservation Centre). The people dining on the deck of the restaurant here certainly looked at the crazy group who milled around the fibreglass koala trying to get the best angle… the Big Koala is placed in a tricky spot, but we think we captured the same pose… 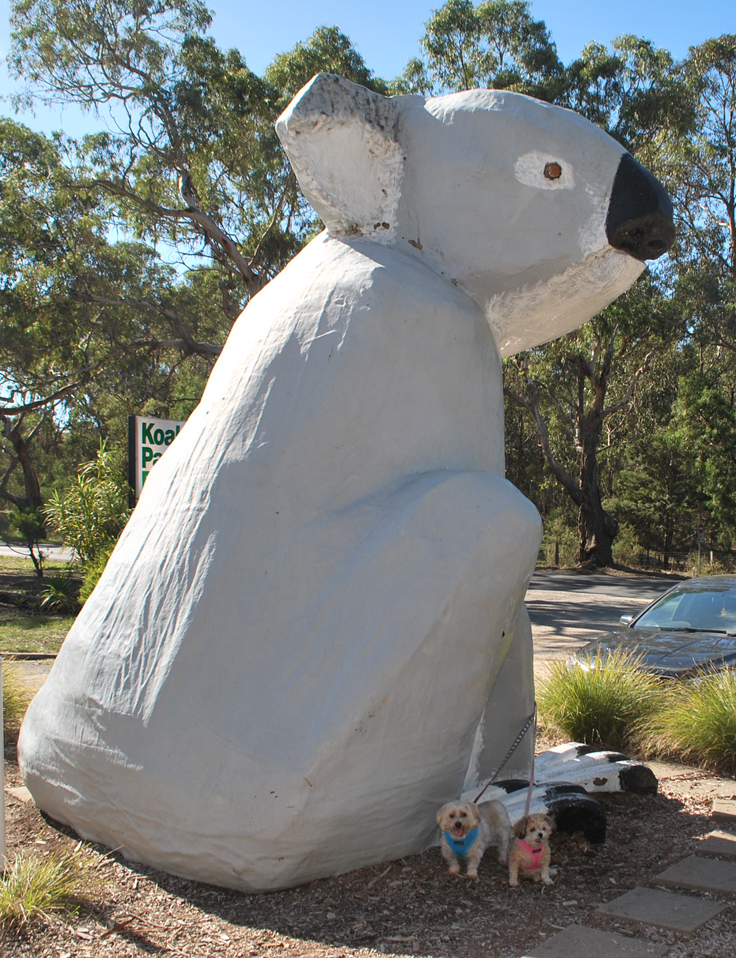 There is a Giant Koala in Dadswells Bridge, so we’ll have to take a visit there someday soon… it’s near Stawell, so a bit further than a day trip…

We headed into Cowes for a lunch stop on the beach and by chance discovered a fish’n’chip shop called… The Big Fish! Where else would we by our chippies from? 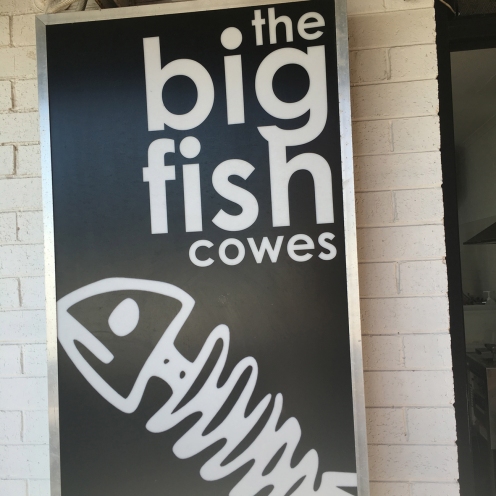 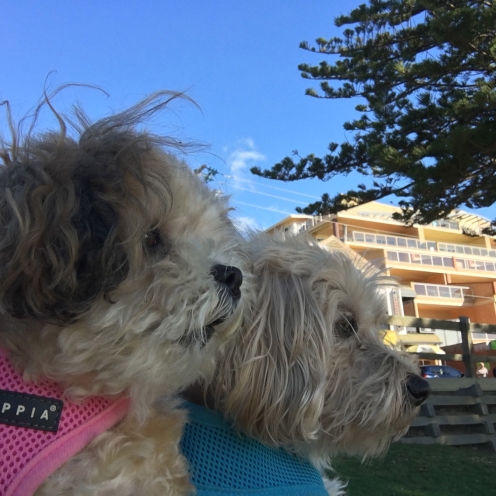 Gazing out to the water 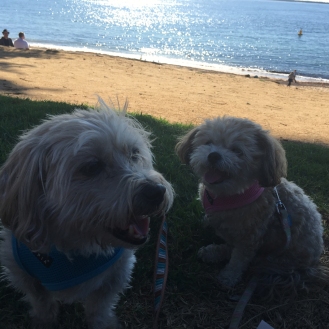 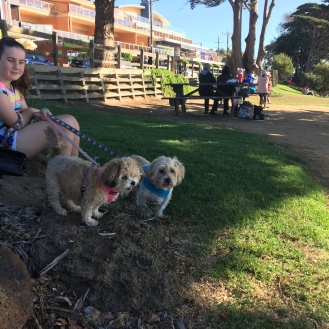 In the shade with Lucie Lu

Please give me a chip?!

Standing tall at the front of the Phillip Island Chocolate Factory (Panny’s Amazing World of Chocolate) are these two abstract Big Cows. They’re fenced off… not sure if that is so they don’t run away or perhaps so that humans don’t try and climb them… Lucie Lu got to go inside and buy some chocolatey treats to take home. 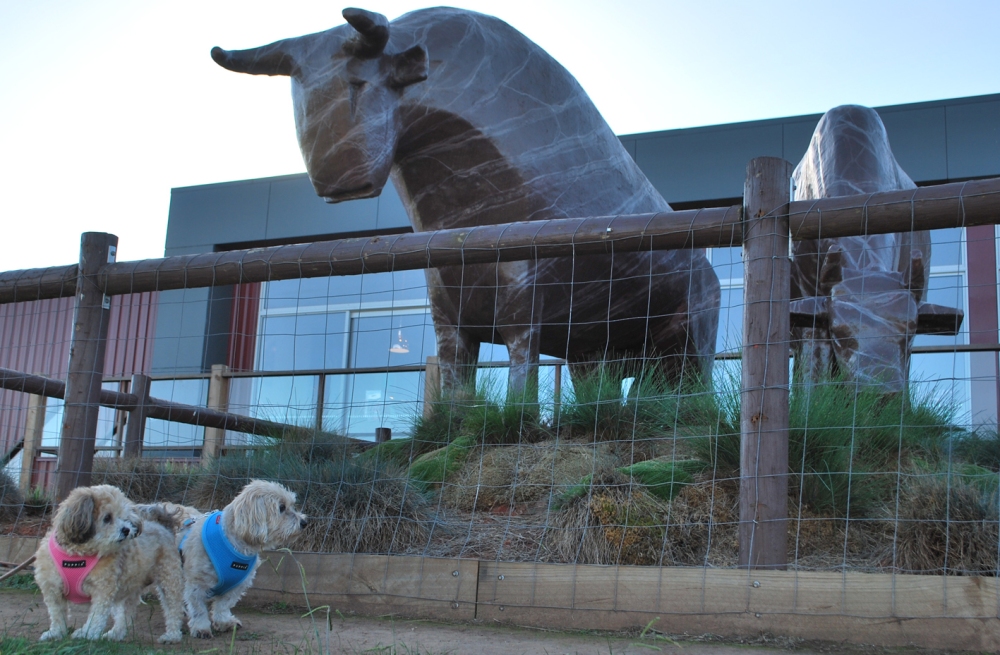 After a big day it was time to get back on the highway and head home. A few hiccups here and there, but our first big outing to find Big Things whilst exhausting, was heaps of fun.

Until the next adventure… xo Toby & Audrey (Tiny Dogs) 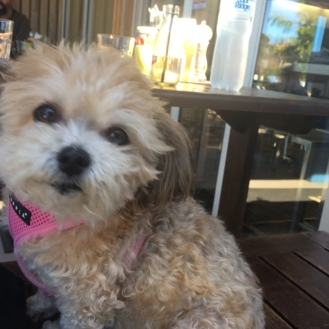 Audrey at the Cafe 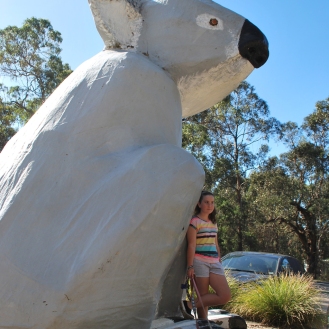 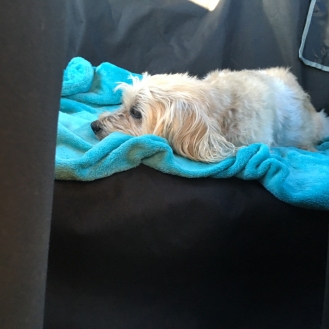 Toby snoozing on the way home